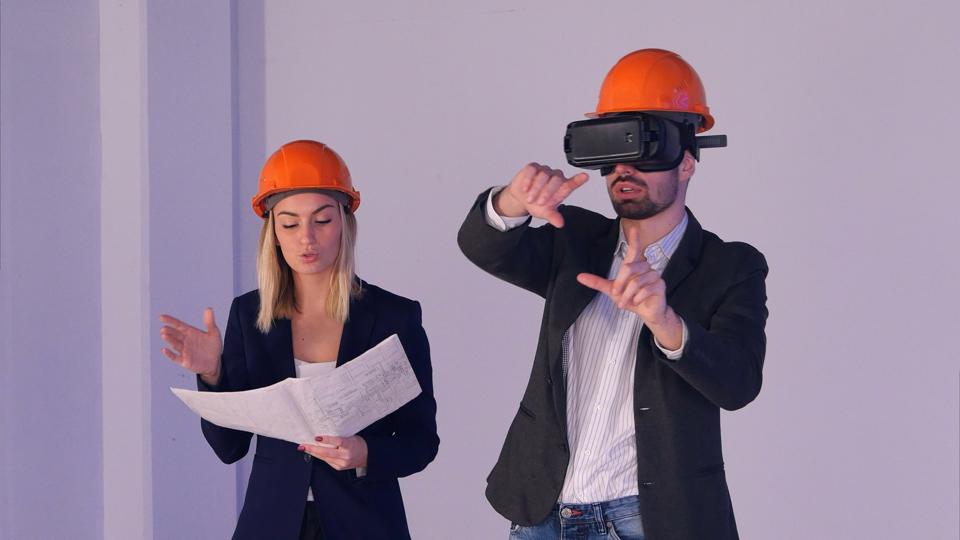 Strolling down the hall of the brand new El Centro jail expansion, opened April 2018, Correctional Officer Sergio Romero points out the holding cells near the processing center, the strip search room, and the nursing station. Comprised of 274 beds, the jail is arranged in dormitories instead of the traditional cells, each with a restroom, laundry area, and a 150-foot outdoor exercise space. Every bathroom has modesty panels, so inmates can have some privacy when changing.

At this point, I need to clarify that I’m not actually at the jail, but 600 miles away in a conference hall in Sacramento., attending the American Jail Association’s annual conference and jail expo. The jail I’m looking at is a virtual reality construction, used by Vanir Construction Management to aid in the building of the jail. In front of me, officer Romero is encased in an Oculus Rift, his movements in the jail broadcast onto a large screen above his head. It might seem like another industry is jumping on the VR bandwagon, but in this case, it has already proved surprisingly useful.

“We had walked into this one station [in virtual reality] and it became pretty clear the window design wouldn’t work,” says Bob Fletcher, Vice President, Business Development at Vanir Construction Management. “This is one of the locations in the facility where women and men [are together] so the line of sight was important.” In this case, the team discovered that inmates would be able to view other cells, due to the angles of the corridors. “We made some design changes that would have [been extremely costly if spotted at a later stage].”

It’s no secret that the prison and jail system in America is ripe for a rehaul. It’s beset by staff shortages, overcrowding, and aging, unhygienic facilities. “17% of jails operating at above 100% capacity,” said one announcer – met with a sea of nods (and backed up by the BJS 2016 report).

California has the second biggest corrections system in the states and is currently housing around 70,000 people in its jails (as of July 2016 data) and 128,998 in California Department of Corrections and Rehabilitation units (as of April 2018 data). Since 2007, California has allocated $2.2 billion to finance jail construction and refurbishment, a number that’s been added to in subsequent years —  $250 million in 2016, $270 million in 2017. The number doesn’t stop here. In 2018, ground broke on the construction of a $101.8 million jail construction in Fresno, eta: 2020, and around $3.5 billion is being raised to build a new jail in LA County. Over 20 counties have some form of jail construction or expansion in the works, the regions making use of this much-needed jackpot. Part of the reason for this building boom is a 2011 ruling by the Supreme court ordering California to lower its prison population by 40,000 — meaning a shift from prisons to jails, and from jails to rehab clinics. 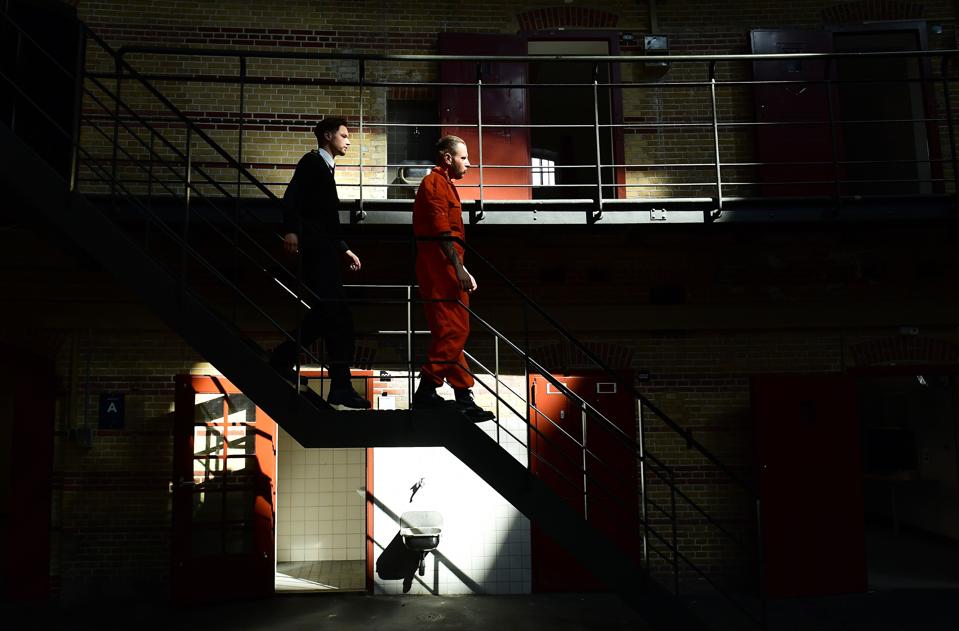 The money invested in this has created an unprecedented opportunity to redesign jails from the ground up, to build places of rehabilitation, not punishment. It’s a chance to start afresh and that means looking at jail design with fresh eyes. Virtual reality is just one of the tools officials are using to design the future of incarceration.

Now we’re traversing the halls again, as Romero slowly paces the floor plan. “This building is state of the art,” he says. It should be — it cost around $33 million. One blip; when Romero pointed at the prison gates we were teleported outside the jail. “That’s not how it works in real life,” jokes Fletcher. At this point, I’d like to note how impressive Romero’s handling of the system was; many people get disorientated or nauseous when in the headset for a while, and his first time playing with it was on a stage full of people. Here, the layout mimicked the reality so accurately that he had no trouble navigating.