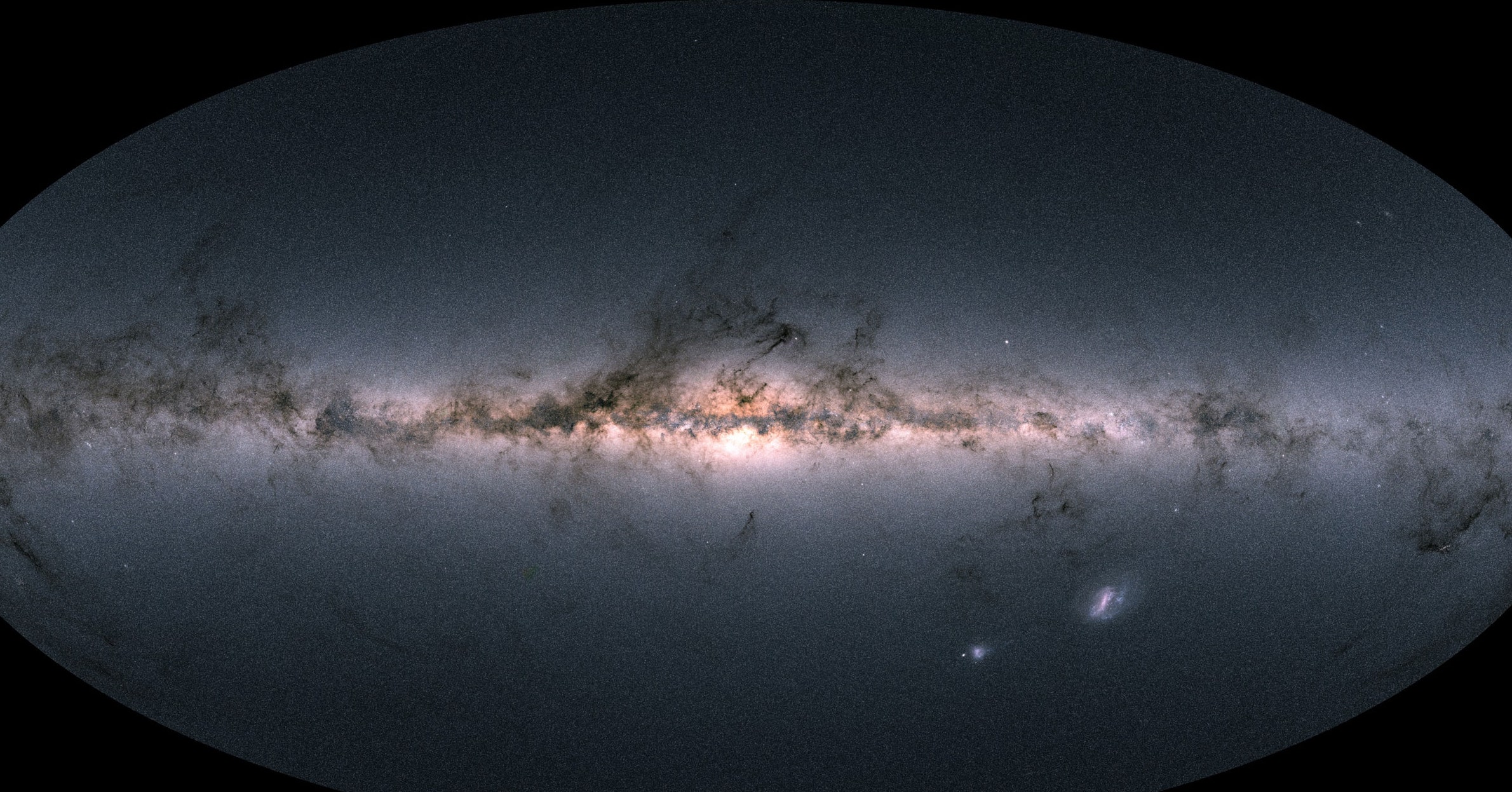 This brand-new image of our Milky Way was released this week by the European Space Agency’s Gaia project. In just this one long galactic strand, Gaia has counted 1.7 billion stars. Such findings make up the most accurate and comprehensive survey of our galaxy in astronomical history.

Does this photo make you dizzy? Saturn’s rings are known to bedazzle, and this image is no different. The particles that make up the rings have extreme variations in size: Some are as big as mountains, while others are smaller than a grain of sand. The Cassini spacecraft snapped this pic in 2009, which has been enhanced with red, green, and blue filters to reveal the natural color and variation in the rings.

Poor Uranus is the butt of every planetary pun out there, and the latest news doesn’t lag behind either. New studies show that this cool and distant planet smells like sulphur. Fart jokes aside, confirmation of the presence of this chemical in the atmosphere tells scientists a lot about the birth and growth of Uranus. (You should grow up, too.)

Humans have only been to Mars in sci-fi books and movies for good reason—getting anywhere in space is a logistical and engineering challenge. But scientists really want to study Mars well before humans ever set foot there, so a new project in the works at NASA and the European Space Agency is looking at how we might get a sample of Martian soil back to Earth. It would require one feat that has never been attempted: launching a rocket from Mars.

Last week this “tiny” section of the Sun erupted in arches of highly charged particles—loops shaped by the solar magnetic field. For a sense of scale, NASA added an image of Earth, and given the size of these active bursts, we’re lucky to have 93 million miles between us.

This is not the kind of aurora photo you’re used to: In the bottom of the frame, synaptic connections of lights illuminate North American cities, while the cloudy section at the top is the aurora itself. Seeing it in black and white shows off textures we might not otherwise see when the aurora is in true color. This photo was taken by the Visible Infrared Imaging Radiometer Suite, an infrared instrument aboard a satellite cruising over the continent.