The Walt Disney Company is the latest in a series of large corporations recently bent on eliminating plastic drinking straws and stirrers, which some disability activists say could pose new problems for customers.

The company announced Thursday that it plans to scrap single-use plastic straws and drink stirrers at all Disney-owned and operated locations by mid-2019. In a news release, Disney said its internal ban will amount to “a reduction of more than 175 million straws and 13 million stirrers annually.”

Disney is the latest company to announce a ban on plastic straws in recent weeks, which have seen the likes of Starbucks and McDonald’s UK renouncing this form of single-use tableware.

As CNN reported, activists have long been working to cure America of its estimated 500-million-a-day plastic straw habit, which gained fresh attention after a 2015 video of a sea turtle with a straw stuck in its nose went viral.

In lieu of plastic straws, Disney and other companies have said they’ll offer versions made out of paper, bamboo, or other more sustainable materials.

Despite the proposed environmental benefits, however, some critics say this recent trend of forsaking plastic straws could put disabled persons at a real disadvantage with drinks. 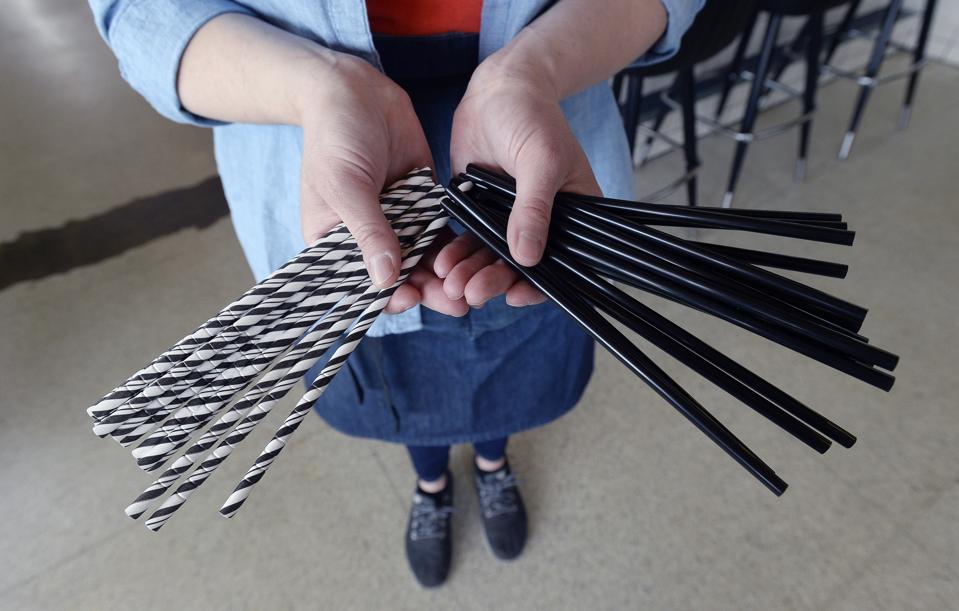 As NPR reported, disabled persons who rely on plastic straws to drink have argued for more flexibility in companies’ bans as the technology for sustainable straws catches up with demand.

Katherine Carroll, policy analyst at the Rochester, New York-based Center for Disability Rights, told TIME earlier this month, “The disability community is concerned with the ban because it was implemented without the input of their daily life experience … Plastic straws are an accessible way for people with certain disabilities to consume food and drinks, and it seems the blanket bans are not taking into account that they need straws and also that plastic straw replacements are not accessible to people.”

Environmental and manufacturing researchers have also pointed out that plastic packaging like bottles and bags account for significantly more waste than straws do.

Disney also announced this week that it has plans to reduce single-use plastics in other areas down the road.

And the sooner companies take steps to truly reduce their plastic footprints, of course, the better; humanity is literally and figuratively already swimming in the stuff.