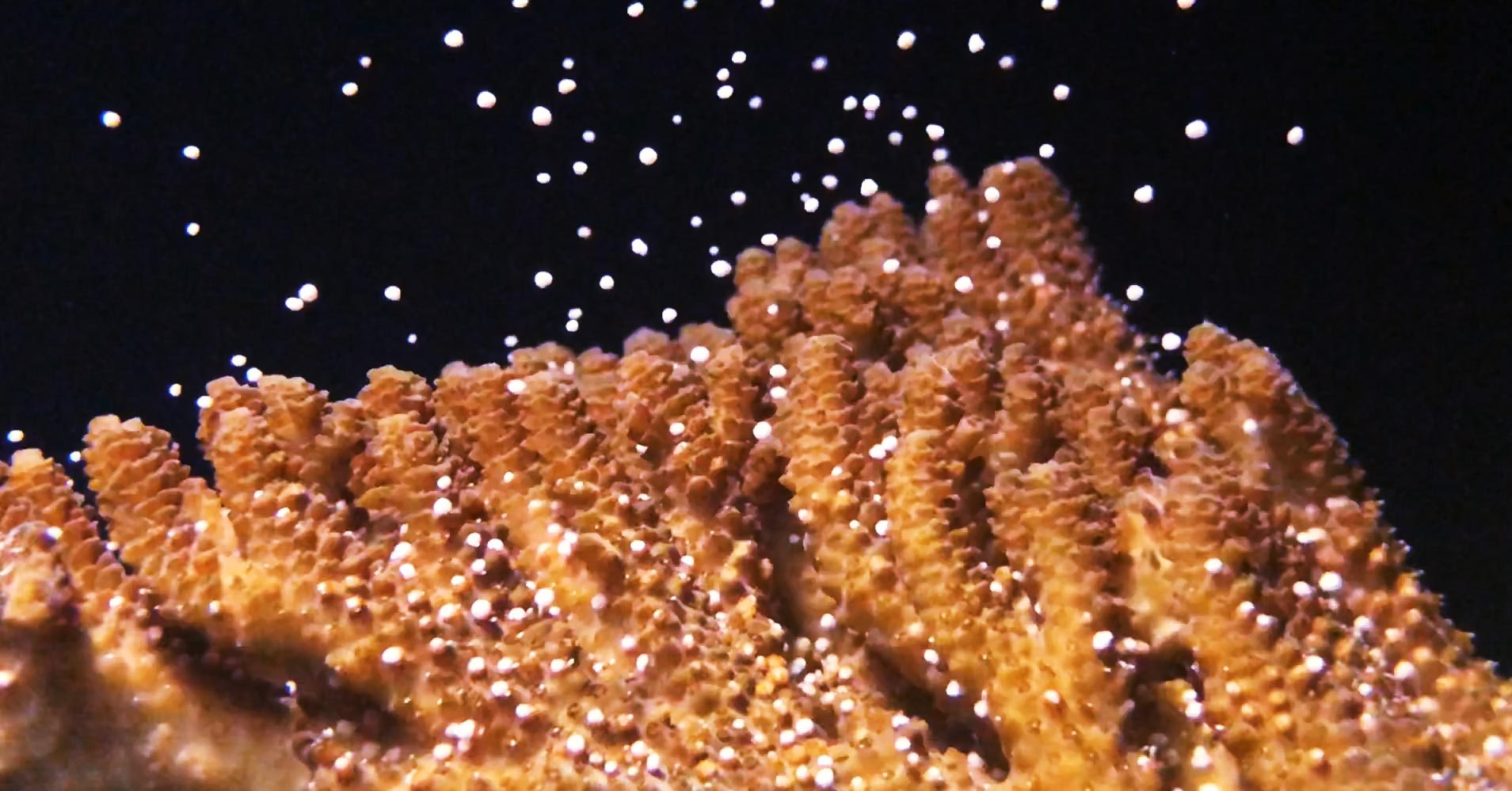 Nestled among giant fish tanks at the California Academy of Sciences, there’s a black box—just big enough to hold six aquariums and maybe five humans. What it lacks in size, though, it makes up for in preciousness: Running here is a experiment that could help save corals from annihilation.

The corals in these tanks are reproducing sexually. Which is weird, because even out in the wild, coral spawning is a fragile process, easily disrupted by changes in temperature and acidity. Reproduction has to be precisely timed with the phases of the moon, and it occurs just once a year, as corals release great clouds of sperm and eggs that mix together, fertilize, and descend once more to the seafloor.

Corals are animals, not plants; each organism is made up of lots and lots of polyps. Some species can reproduce asexually, essentially producing clones of themselves. But not the ones in this black box, which are somehow spawning away thanks to some fancy technology and a team of doting humans.

Researchers have brought gravid corals back to the lab before, where they immediately got down to business. But the Academy of Sciences is on the verge of establishing a more permanent population that could reproduce year after year, allowing researchers to perform crucial long-term studies. That’d make this only the second lab to do so, after London’s Horniman Museum. If it works, these scientists could turn corals in model organisms, like fruit flies and mice. They’d have a reliable population to study in detail over multiple generations.

“We built this whole dark room, but that’s only the first part of it,” says Rich Ross, aquarium biologist at the Academy. “What really comes into play is controlling the light—the moonlight, the temperature, and the intensity of all that light. The coral spawn is triggered by all of those factors.”

What used to be a human turning knobs at all hours is now a computer-controlled system. LED lights throw out a range of wavelengths to mimic not just the intensity of sunlight and moonlight as it changes throughout the day, but range of colors you get with, say, sunrise and sunset. This is meant to match the conditions in Palau, where scientists collected the corals.

The system can calculate these light conditions—water temperature too—as they change over the course of a day or a season. Academy researchers inputted information into what’s called a season table. “So we put in for each month the moonrise, the moon set, when the full moon is, when the sunrise and sunset is, and the maximum and minimum temperatures,” says Ross. The computer handles the rest to create a sort of Palau-in-a-tank.

To say the ruse has to be realistic would be an understatement. A temperature bump of just a few degrees can send the corals haywire. In response to the stress, they release the photosynthetic algae that provide them energy, which bleaches the coral.

While corals don’t have eyes like we would understand them, they ain’t blind. “They do have pretty sophisticated photo sensory systems so it’s all linked into their circadian rhythm,” says coral reef biologist Rebecca Albright, who’s overseeing the project. “There are photoreceptors all over the animal.”

When it comes to spawning, the corals need to somehow know when to release eggs and sperm simultaneously. Otherwise, you’re just wasting your gametes. So certain species agree on certain conditions. Some go a few nights after a full moon, others like to go after sunset.

And some species time this with astounding accuracy. “There are certain populations around the world that have been very heavily monitored, that we know down to within the minute sometimes when these corals are going to spawn,” Albright adds. Sperm and eggs mix and ideally fertilize, drifting on currents and settling once more to start new corals.

After a month of carefully timed lighting, the Academy’s corals spawned together on April 15 in total darkness, and they did so at the expected hour—9 pm in Palau time. But they lagged behind their wild counterparts by a week. That may have to do with the stress of flying across the Pacific Ocean and adjusting to a new home.

The downside is that even a model coral could only spawn once a year, which doesn’t afford researchers as much science time as they’d like. “Ideally, we would like to do is multiply the system and stagger them, and maybe even have different locations around the world so that we can induce spawning every couple of months,” says Albright.

If you’ve only got one shot a year, and something goes awry, you have to wait around and think about how to modify your techniques. But the corals of Earth don’t have that kind of time. Since 2016, half of the Great Barrier Reef has perished. That’d be one billion out of two billion corals, gone. Waters are getting warmer, and corals can’t handle it.

Saving them means better understanding them. With your typical model organism, you can recreate the whole life cycle and keep multiple generations. “We’ve never been able to do that with corals,” says Albright. “And so this would be an opportunity to try to complete that lifecycle and ask some really sophisticated questions.”

How do increasingly acidic waters affect coral fertilization, for instance? And how do the corals’ symbiotic algae play into all of this? Might researchers be able to inoculate baby corals with heat-tolerant algae to try to create reefs that would resist bleaching events? To find out, work at the California Academy of Sciences will continue deliberately and delicately.