Every month, AeroAnalysis International covers the orders and deliveries for Boeing (BA) and Airbus (OTCPK:EADSY, OTCPK:EADSF). Now, there’s a lot more than just orders and deliveries. Some subjects are worthy of more detailed analysis, and some are not. The subjects that are not are not necessarily unimportant. Therefore, AeroAnalysis has been running a monthly series that bundles some of the most interesting news items that do not justify a separate article or deserve to be mentioned again. You can read the February report here. In this report, some news items from March will be highlighted. 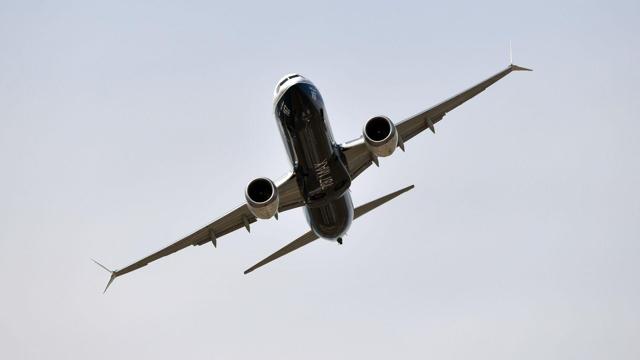 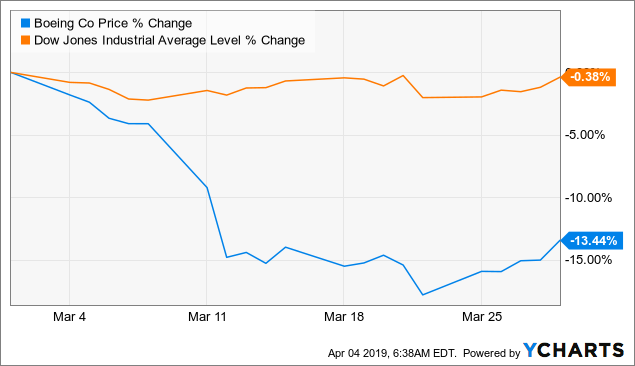 In March 2019, Boeing’s shares lost 13.4% compared to a 13.6% gain a month earlier. Boeing’s shares significantly underperformed the Dow Jones, which was flat for the month.

The reach for the downward pressure on Boeing shares during the month is clear: The crash with the Boeing 737 MAX 8 from Ethiopian Airlines marking the second fatal crash.

A look at some price target announcements in March:

What we did see in the aftermath of the second fatal crash with the Boeing 737 MAX is that analyst sentiment deteriorated, which shouldn’t come as a surprise. This stepdown in sentiment was expected, but it remains to be seen whether going forward, with fixes implemented and a return to service for the MAX, this negative sentiment will endure.

During the month of March, the crash with the Boeing 737 MAX captured most attention. Boeing shares declined in value after the crash on fears that there is a design flaw on the Boeing 737 MAX. In the aftermath of the first crash, I already pointed out that the MCAS design might not have been robust and that it was unclear as to how this part of the speed trim system was certified by the FAA and aviation administrations around the globe. While I consider this a shortcoming on Boeing’s side, even with a preliminary report out, it is not clear why the pilots flew the aircraft at a very high speed which might have made regaining control over the aircraft nearly impossible. Currently, Boeing is working on a fix, which will likely be closely eyeballed by administrations around the globe because confidence in Boeing as well as the FAA has been severely dented. Until the fix is approved, the fleet of Boeing 737 MAX aircraft will remain on the ground and no deliveries will occur. The crash is likely going to impact Boeing’s earnings for the simple reason that the grounding is costing money, possibly beyond the amount Boeing is covered for by insurers, and revenue is being delayed due to the production stop resulting in working capital increases.

I’ve written a few reports on the subject, which you can read here:

In the aftermath of the two crashes, Indonesian carriers are looking for cancellations of their direct orders for the MAX with Boeing and agreements with lessors while Boeing is being probed.

The only other noteworthy news item regarding commercial aircraft was the order for 20 Boeing 787-9s from Lufthansa (OTCQX:DLAKF). Boeing had been battling Airbus for an order for months, and Lufthansa eventually ended up splitting the order between both jet makers. 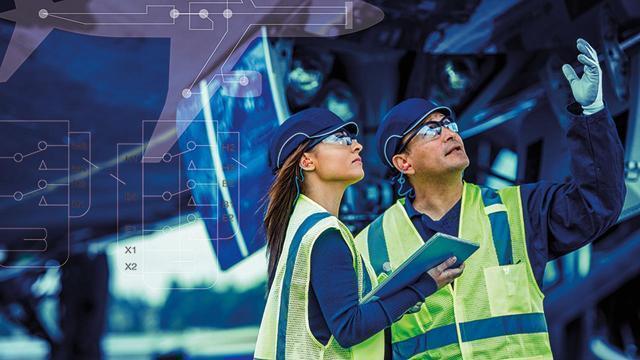 ForeFlight has partnered with Boeing for the past two years to bring aviators Jeppesen’s aeronautical data and charts through ForeFlight’s popular mobile platforms. Now, the teams will integrate talent and offerings to bring innovative, expanded digital solutions to all segments of the aviation industry.

As part of the joint venture between Boeing and Embraer (ERJ), Boeing announced three leadership moves aimed at further strengthening the company’s global presence and partnerships: 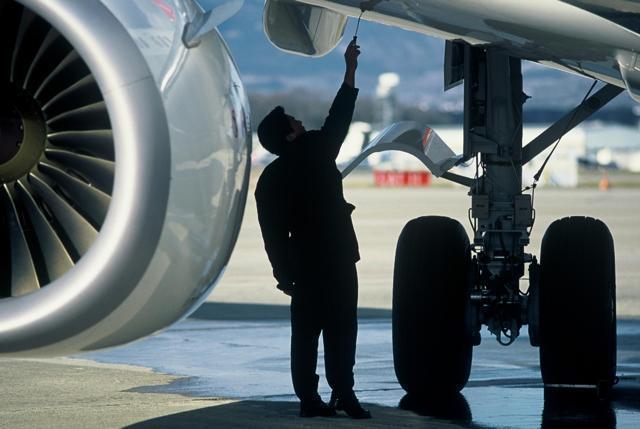 In March, there was no notable news for Boeing’s Global Services division. 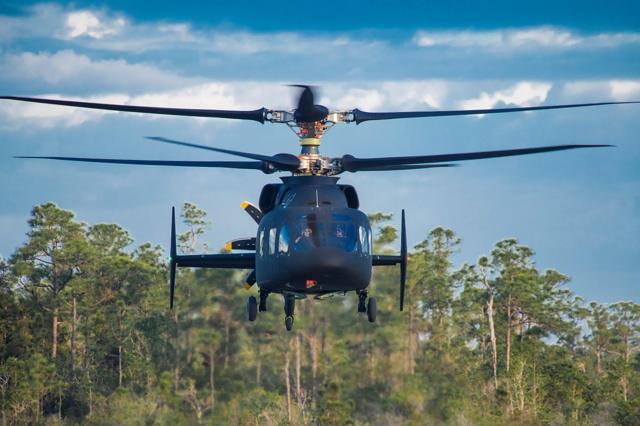 For Boeing Defense, there were a couple of news events. A program capturing some negative attention was the KC-46A. In February, the USAF stopped accepting tankers from Boeing as foreign object debris was found inside the tankers. Deliveries resumed in March, which should have been a good thing were it not that the USAF halted deliveries again in early April. While the second delivery stop is an April news event, I think it is important to highlight it in this report, which covers the March news events as well.

More positive news came from Boeing’s F-18 fighter jet program. Boeing was awarded a three-year contract award for 78 F/A-18 Block III Super Hornets. The contract is valued $4B and is expected to save US taxpayer $395 million.

A major milestone was also achieved by the Sikorsky-Boeing SB>1 DEFIANT; The Sikorsky-Boeing SB>1 DEFIANT™ helicopter achieved first flight. The helicopter is participating in the Army’s Joint Multi-Role-Medium Technology Demonstrator program. Data from DEFIANT will help the Army develop requirements for new utility helicopters expected to enter service in the early 2030s. This flight marks a key milestone for the Sikorsky-Boeing team and is the culmination of significant design, simulation, and test activity to further demonstrate the capability of the X2 Technology.

X2 Technology is scalable to a variety of military missions such as attack and assault, long-range transportation, infiltration and resupply. DEFIANT is the third X2®aircraft in less than 10 years.

During the month, there also was a milestone for the Ground-based Midcourse Defense [GMD] system as the US Missile Defense Agency and Boeing for the first time launched two GMD system interceptors to destroy a threat-representative target, validating the fielded system protects the United States from intercontinental ballistic missiles.

In the test, one interceptor struck the target in space. The second interceptor observed that intercept before destroying additional debris to ensure missile destruction. The test is known as a “two-shot salvo” engagement. The target launched from Kwajalein Atoll in the Pacific Ocean while the interceptors launched from Vandenberg Air Force Base, California.

Without doubt, March was a bad month for Boeing. For a company’s share to perform well, you ultimately need a good product, coupled with good execution or you need good execution to make a good product. With the second crash of a Boeing 737 MAX, it does seem like Boeing has failed miserably on the execution part, which I expect will affect their current year performance.

Boeing had some highlights as well with a milestone order from Lufthansa and a production contract for its Super Hornet fighter, but not nearly enough to mitigate the pressure the Boeing 737 MAX cash cow is currently putting on Boeing. During the month of March, Boeing’s market cap declined by $33.4B. This decline cannot be fully explained by closing math (there is no calculation to support the cap decline), but such a big decline in market cap is perfectly understandable, given the importance of the Boeing 737 program to Boeing and the uncertainty regarding the aircraft. I expect that the Boeing 737 MAX will eventually be approved for flight again, and as investors and stakeholders around the world regain confidence, Boeing should see recovery in its market cap. In fact, in the first days of March, nearly $9B in market cap was recovered. At the end of the day, Boeing should be learning lessons from this.

If you enjoyed reading this article, don’t forget to hit the “Follow” button at the top of this page (below the article title) to receive updates for my upcoming articles.

If you like our regular coverage, please consider joining The Aerospace Forum which gives you more indepth tools to understand the industry, access to over 750+ previously published reports and ways (Live chat with the group and one-on-one conversations) to discuss the aerospace industry. *Start your free trial today*

Disclosure: I am/we are long BA, EADSF. I wrote this article myself, and it expresses my own opinions. I am not receiving compensation for it (other than from Seeking Alpha). I have no business relationship with any company whose stock is mentioned in this article.