Some people find the truth in numbers, and others, like Nate Silver, have built entire careers on doing just that. As ABC News Special Correspondent and founder and editor-in-chief of FiveThirtyEight (a site that focuses on opinion poll analysis in sports, economics, and politics), Silver is known for how he creates and analyzes statistical information.

He even successfully called the outcomes in 49 out of 50 states in the 2008 US Presidential election, and was later named as one of the World’s 100 Most Influential People in 2009 by Time magazine.

As someone who deals in statistics, Nate Silver is admittedly, “wary of drawing conclusions of a sample size of one” — especially when this sample size of one includes just his own self. But Nate Silver, in speaking with Kenyon College graduates at their commencement this year, says he has now reached the official age at which he is allowed to pass off anecdotal evidence as “wisdom.”

With these graduates facing a major life transition, Silver notes that it may be difficult for them to, “find the right balance between experimenting with your personal and professional identify on the one hand, and staying true to yourself on the other hand.” In order to navigate these changes, this statistician’s advice?

Don’t let yourself get stuck. And don’t be afraid to question things.

Silver understands that those in category (b) won’t get their dream job right out of college, and instead it will take a lot of hard work for them to reach their ideal position. “But if you don’t think you’re on the right path,” Silver underlines, “take advantage of the fact that you’re untethered and be willing to switch gears pretty quickly.” Keep it moving!

Silver reveals that at the time of his graduation, statistical analysis was not a popular career path. It hardly was a career path at all.

“…People using statistics in fields like sports and politics and journalism were really on the outside looking in. There was a rebellious spirit. We questioned authority. We wanted to shake things up.”

When these graduates start out their careers — or when any of us start something new — it will feel, “like you’re on the outside looking in,” like how this well-known statistician felt 18 years ago. But many will become very successful and very powerful despite feeling like an outsider, despite not always following “conventional wisdom.” But when that happens, Silver says, “don’t stop thinking critically. Don’t stop questioning the data, questioning authority — and questioning yourself.”

Check out Nate’s commencement address to Kenyon College below:

This week saw another report that the next Apple Watch will have a bigger display, watchOS 5 wishes ahead of next week’s WWDC and Nokia Health is over as the company sells. All part of the week in wearable news.

The Week in Wearables is a news digest, out each midweek, focused on some of the things that have happened in the world of tech you can wear on your wrist, perch on your head, stick in your ear, sling around your waist, tuck into the small of your back or, well, you get the idea.

Another report, this time from Bloomberg’s Mark Gurman, suggests that the Apple Watch likely to be released this autumn will have a bigger screen but in a case the same size.

The skilful design of the Apple Watch is such that, mostly, an edge-to edge screen hasn’t been necessary. Many of the Watch faces have black edges so the screen and frame blur and anyway, the screen is big enough.

But an even bigger display would be sensational, adding extra real estate for easier-to-read messages, larger photographs, buttons your finger just can’t miss.

And if you have held off buying an Apple Watch because it was too big, well, now you could choose the smaller size and still get a bigger screen.

After all, think how impressive the extra screen size of the Apple iPhone X in what was roughly the size of the iPhone 8 and you get the idea of how edge-to-edge is the way all screens are, I hope, heading.

The big bonus of this, by the way, is that current Watch bands will still be compatible, it’s thought.

The latest smartwatch from Nokia, the Steel HR.

The Nokia Health experiment is over. As James Vincent at The Verge reports, the Finnish company bought the French health tech business in 2016 but has now sold it back to Eric Carreel, Withings co-founder.

Terms of the deal have not been announced, but the Finnish tech giant is surely taking a substantial loss on the sale. Nokia bought Withings two years ago for $191 million, before rebranding the startup’s products (including a smart scale and various well-received fitness tracker watches) as part of its new “Digital Health” business in 2017.

However, the rebadged Withings products clearly weren’t making enough money for Nokia: in October 2017, the company announced a write-down of €141 million ($164 million) on the assets. This was followed by the launch of a “strategic review” of the division this February, with an internal memo obtained by The Verge showing that execs thought there was “no path” for the business to become “a meaningful part” of Nokia.

More from the excellent Vincent at The Verge.

It’s only days until WWDC in San Jose next week and Apple will reveal the innovations for all its products’ software. The Apple Watch is such a key product now, I wanted to work out what I really, really want from the announcement.

I love closing the three exercise rings each day but just sometimes, I’d like a day off. Being able to choose a rest day once a week would be a great way of taking it easy without feeling guilty. And would mean you could keep a streak going on a six-day-a-week basis.

Or, if your week’s calorie, step and workout counts were good overall but one or two days were a little under par, being able to spread the credit across the week would make you feel better for the days you really went for it.

Similarly, the Workout app is now very versatile but more detail would be welcome, with maps of runs, detailed analysis of workouts, and so on.

Read my six other wishes at Forbes, here. 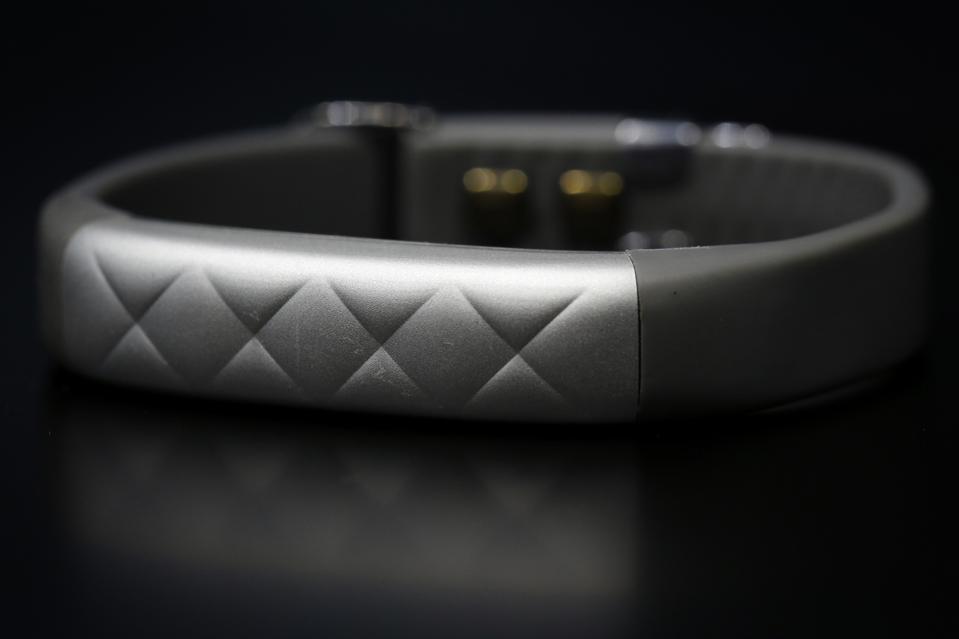 A mock-up of Jawbone’s UP3 advanced fitness tracker is arranged for a photograph at the Wearable Expo in Tokyo, Japan, on Thursday, Jan. 15, 2015. The world largest expo for wearable devices and technologies will be held through Jan. 16. Photographer: Kiyoshi Ota/Bloomberg

Jawbone used to make the best Bluetooth headsets, some of the strongest Bluetooth speakers and the slickest fitness trackers. But the company is no longer with us and users have to rely on a new company for servicing their products.

As Jawbone officially died and Jawbone Health rose from its ashes, the company put together a (poorly communicated) transition plan, which includes Health Hub servicing all Jawbone hardware in the future.

The Jawbone UP service is one of the features that’ll be transitioned over to Health, but the service is currently seeing some disruptions. Jawbone users have been complaining about it not working, and not being able to sync their devices to UP over the past day or so. 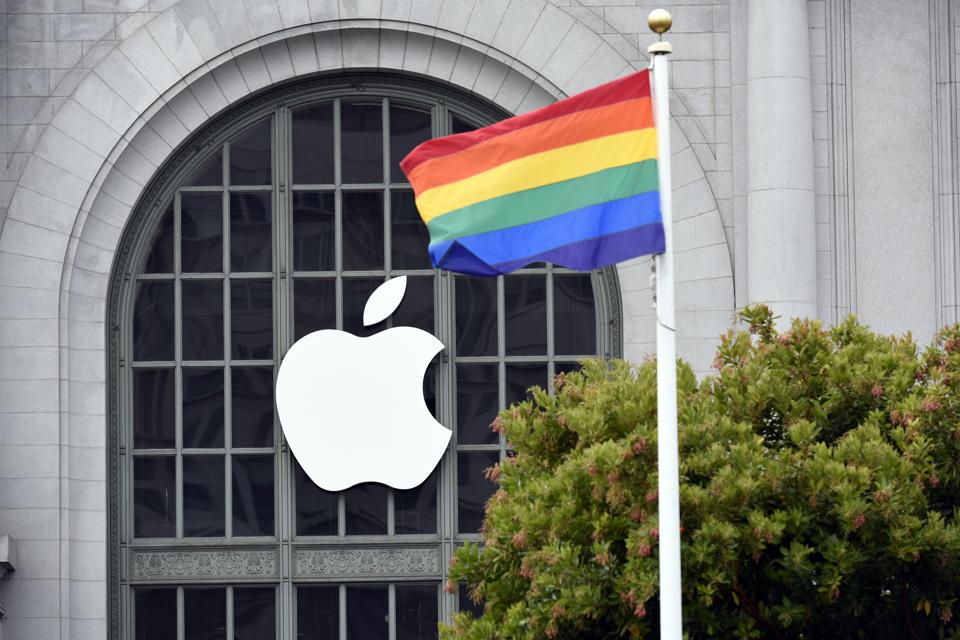 A pride flag flies near signage displayed outside the Bill Graham Civic Auditorium ahead of the Apple World Wide Developers Conference (WWDC) in San Francisco, California, U.S., on Monday, June 13, 2016. Apple Inc. has lost ground to Alphabet Inc.’s Google in the hot voice-activated assistant space. By releasing a software kit at today’s Worldwide Developers Conference that lets programmers integrate Siri into their apps, it hopes to catch up with the maker of Google Now and the Android operating system — as well as Amazon.com Inc.’s Alexa virtual helper — and thus tie customers more closely to its iOS system. Photographer: Michael Short/Bloomberg

As San Francisco Pride rolls into sight (it’s June 23-24 this year), it’s time to ask how Apple will celebrate it this year, as it always does. MacRumors points out that code in watchOS 4.3.1, newly available, doesn’t just fix an issue that caused Apple Watch to remain at the Apple logo during startup.

No, it seems it also includes a new Apple Watch face that will become live and usable on Monday June 4.

The watch face will become available on Monday, June 4 at 12:00 p.m. Pacific Time, which suggests it will be made available to all iOS users through an over-the-air update to watchOS 4.3.1. On Twitter, a user was able to change the date on his Apple Watch and the new face showed up, confirming it will release for everyone just after the keynote event wraps up.

It is not clear if Apple has any other pride-related announcements in store to accompany the new watch face, such as a new pride band. It is also not known if Apple plans to release additional watch faces with watchOS 5, but last year’s watchOS 4 release did include new faces.

Apple WWDC 2018: What To Expect From iPhone To iPad, HomePod To MacBook Air

How A Tech Startup Made Millions Destroying An Apple iPhone X